Mic Merge is a powerful way to save system resources and dial in a consistent sound.

After you have set up your microphones the way you want them, you can use Mic Merge to merge your current mic mix down to a single, new stereo position.
When the microphone channels for the instrument are shown (Mixer View), the Mic Merge button becomes available. 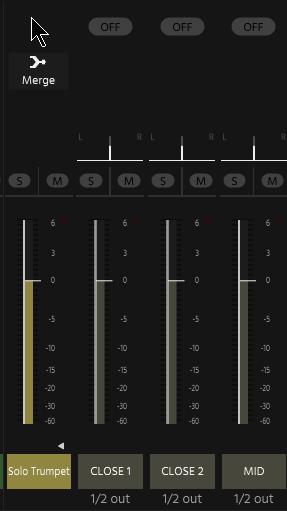 Set up all needed mic channels the way you need them by enabling/disabling channels, adjust volume, etc, then press the Merge button.
Enter a name for your merged position in the dialog and confirm.

Note that you need to use a unique name not already used for any other position (including merged ones) in the instrument you are merging.
SINE will then merge the audio down to a single mic position, which will be added alongside your existing positions at whatever location these are saved at. 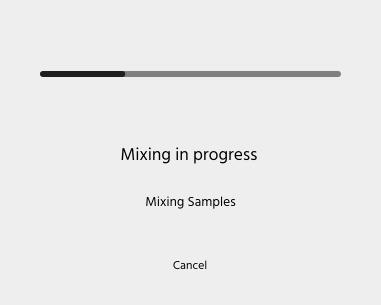 The newly merged position will be enabled and all previously active positions will be disabled, resulting in identical sound, but at only the resource usage of a single collection.
You can have as many merged positions as you like, and any merge can contain any combination of positions.